Boasting of 100 years material lifespan and solar power solutions, Imperial Lifetime Homes is not only a first in the country but also in the world. This budget-friendly and sustainable housing line is making its debut at Via Verde Subdivision in Sto. Tomas, Batangas.

In May 2016, Imperial Homes Corp. was recognized by The Financial Times and International Finance Corporation (IFC) for transformational business in the ‘Achievement in Low-Carbon Urban Transformation’ category. The company continues to be the poster child of IFC for its solar-powered projects, showcasing happy homeowners as living testimonials that world-class green homes are available to the low-income housing market in the Philippines.

Now, Imperial Homes Corp. is breaking the world record by producing high-performance concrete house panels that can last a lifetime for low-cost homes in the Philippines. The Imperial Lifetime Home is the first low-cost housing line in the Philippines to use Connovate, a high-performance concrete building technology developed in Demark and intended for the high-end market.

Imperial Homes Corp. is taking it further by combining Connovate with solar power solutions, which the company is already known for. As a result, the company is elevating lives of low-income Filipinos with globally recognized and certified homes built with imported technologies.

This Imperial Lifetime Homes housing line is made possible by Imperial Homes Corp.’s partnership with Connovate Philippines Inc. who have the exclusive production licensing agreement from Connovate Denmark. The automated Danish factory location in Silang, Cavite has a full capacity of two houses per day production. As a result, it now has a Philippine record of the fastest developer with the installation of 6 ground-floor units a day.

Due to its construction speed, Connovate Philippines Inc. addresses one of the biggest problems in the country’s housing backlog. Many low-cost housing developers could not meet the deadline to deliver quality homes to its buyers, resulting in poor quality homes that can last for 30 years only.

“The Imperial Lifetime Home is a better investment because of 100 years material lifespan on the panel system, which highlights bigger savings. Because it is built to last for several generations, we also call it a ‘pamana’ home,” says Emma Imperial, CEO of Imperial Homes Corp.

The Imperial Lifetime Homes line redefines green homes with 100 years material lifespan on the panel system. The panels have the strength of 14,000 psi, can withstand up to 1,000-degree heat, and are resistant to molds, pests, and deterioration. Since they are fast to build and assemble, it enables short construction time.

Because of its 100 years material lifespan, the value of the homes will be three times more than non-lifetime homes due to lesser cost in renovation. From an affordable price ranging from P1.6 million to P1.9 million, an Imperial Lifetime Home is projected to increase in value at P7.5 million in 30 years compared to non-lifetime homes, which will have a projected value of P4.2 million. Refurbishment costs are also lowered by 166% in 30 years.

Since the home can be passed on from one generation to another, an Imperial Lifetime Home valued at less than P2 million today is seen to have a ‘pamana’ value of P95 million to P110 million in 100 years compared to non-lifetime homes, which will be worth around P39 million.

“The second-generation solar-powered home helps in mitigating climate change since the production of the concrete panels uses less cement, reducing CO2 emissions. Imperial Homes Corp. is the first developer to do this in the country,” says Emma Imperial.

The Imperial Lifetime Home can help lower electricity bills through the solar panels installed on the roof. In fact, Imperial Homes Corp. is a recipient of EDGE or Excellence in Design and for Greater Efficiencies after passing the global standard for green building.

Homeowners can enjoy big savings on refurbishments with the panels’ high-quality surfaces, robustness, and durability that can last for generations. The panels are also made of non-porous materials that can help reduce health risks caused by molds formation, which is a major concern in an ordinary home. This makes Imperial Lifetime Home a healthy home like no other.

“Big savings on electricity. Big savings on refurbishments. Big savings from a healthy home. Imperial Lifetime Homes provide better home investment opportunities for low-income Filipinos with world-class green homes that can last a lifetime.  This marks the beginning of a new era in low-cost housing in the Philippines,” says Emma Imperial. 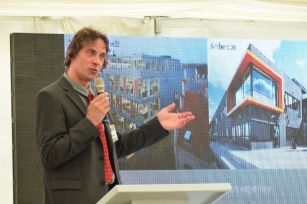 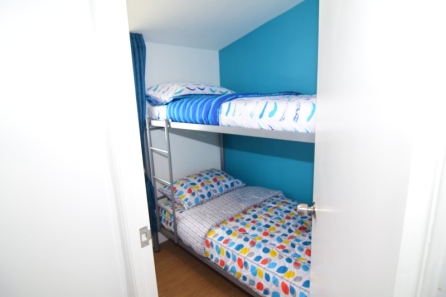